Pass the Buck or the Buck Stops Here? The Public Costs of Claiming and Deflecting Blame in Managing Crises | Andrew Reeves

Pass the Buck or the Buck Stops Here? The Public Costs of Claiming and Deflecting Blame in Managing Crises 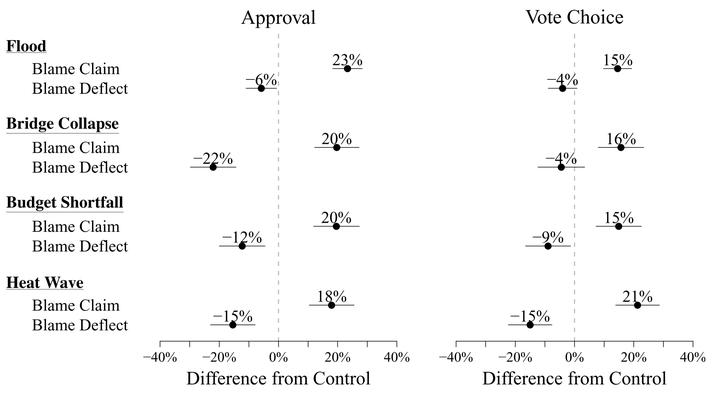 When things go wrong and the government may be to blame, the public reputations of elected executives are vulnerable. Because attribution of responsibility is often not straightforward, elected executives can influence citizens’ evaluations of their performance by means of presentational strategies, or explanatory frames which describe their own roles in the management of the crisis. We examine the effectiveness of two ubiquitous presentational strategies: blame claiming, where the executive accepts responsibility, and blame deflecting, where the executive shifts blame to others (especially bureaucrats). Using survey experiments incorporating stylized and real-world stimuli, we find that blame claiming is more effective than blame deflecting at managing public support in the aftermath of a crisis. In investigating the underlying mechanism, we find that blame claiming creates more favorable views of an executive’s character valence. While elected executives are better off avoiding crises, we find that when they occur, “stopping the buck” is a superior strategy to deflecting blame.