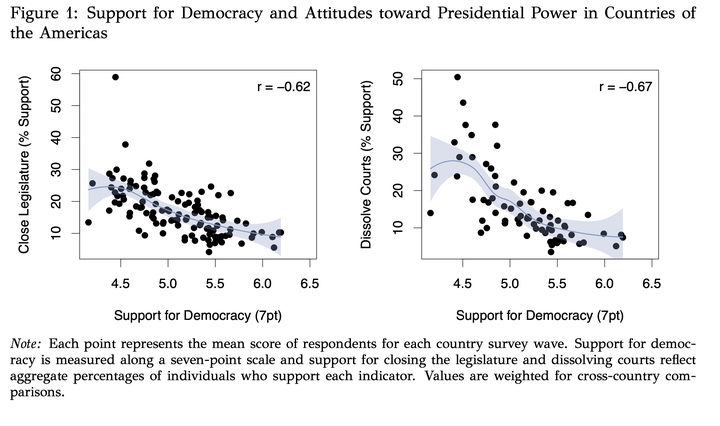 Attempts by elected executives to consolidate power have generated alarm and raised concern about democratic backsliding. In contrast with scholarship on public approval ratings of elected executives, we study the nature of mass attitudes toward the institutional power of the office of the presidency. We investigate the potential for mass publics to constrain antidemocratic behavior and argue that individuals’ democratic values shape views of executive power. Using data from twenty six countries in the Americas and thirty eight countries in Africa, we find support for our perspective. Individuals who express stronger commitments for democracy and the rule of law are less supportive of institutional arrangements that favor the executive. Additional evidence suggests that governing practices are responsive to mass attitudes about executive power. Our findings suggest that citizens’ democratic commitments may constrain the ambitions of power-seeking executives and the erosion of democratic practices.