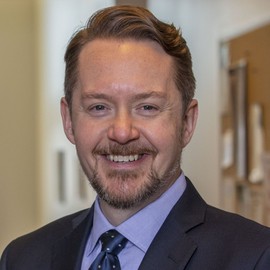 Director of the Weidenbaum Center and Professor of Political Science

Weidenbaum Center on the Economy, Government, and Public Policy

Andrew Reeves is the director of the Weidenbaum Center on the Economy, Government, and Public Policy and professor of political science at Washington University in St. Louis. He is also an affiliated faculty member in the Division of Computational and Data Sciences and the Center for the Study of Race, Ethnicity & Equity.

He has held research fellowships at the Hoover Institution at Stanford University and at the Center for the Study of American Politics within the Institution for Social and Policy Studies at Yale University.

He studies elections, public opinion, and executive politics. His research examines the interchange between institutions and behavior with a focus on political accountability and public policy in the United States. His work has appeared in the American Political Science Review, the American Journal of Political Science, and the Journal of Politics, among other outlets.

His first book, The Particularistic President: Executive Branch Politics and Political Inequality with Douglas Kriner is the winner of the 2016 Richard E. Neustadt Award ( Amazon | CUP). His second book, No Blank Check: The Origins and Consequences of Public Antipathy towards Presidential Power with Jon C. Rogowski was published in 2022 with Cambridge University Press ( Amazon | CUP).